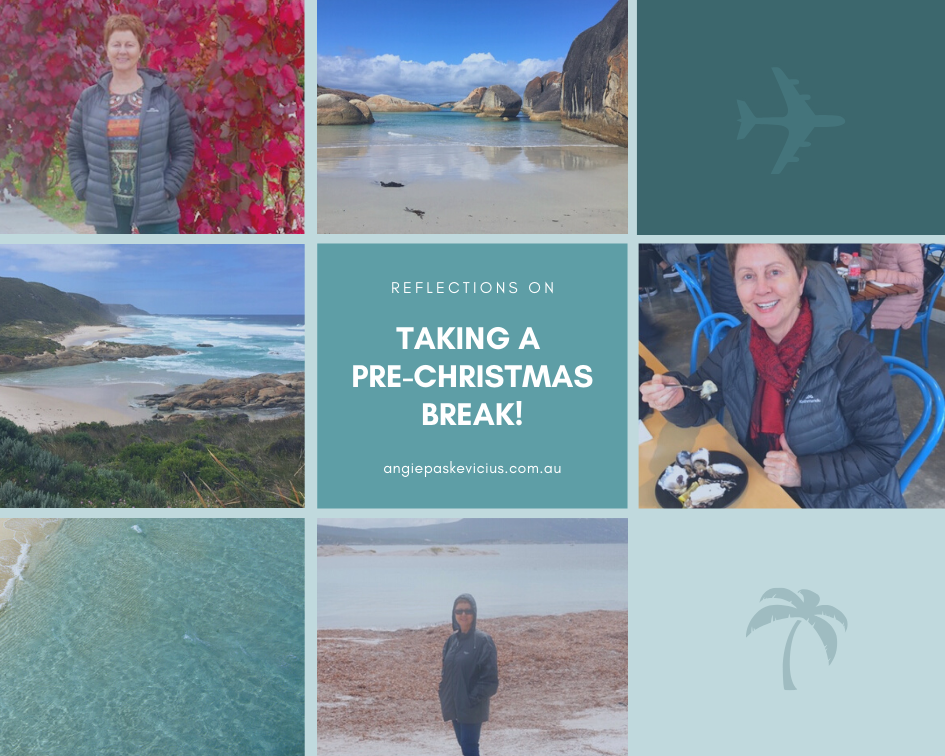 Reflections on taking a pre-Christmas break

It’s that time of the year again when you realise that somehow time has passed by so quickly that you can’t believe it’s nearly Christmas. It’s time for a short break to re-charge the batteries so that you are refreshed and ready to tackle the remainder of the year. So that’s what I’ve done. It was to be an overseas holiday to Japan and China, but as a result of a series of events outside my control, that well-planned trip was cancelled. It was very disappointing initially, until I realised that it was actually the universe looking after me because the next week the recent devastating typhoon struck Japan!

So what does a relaxing holiday away from the busyness of work look like? Well, for me, it’s always about spending time exploring and doing new and interesting things… but at the same time for those of us who are introverts, it’s also about reflection, planning and topping up the energy levels ready for the final burst to the end of the year. I find that taking a break around September/October means that I can maintain strong energy levels and my mental wellbeing till the end of the year, when many others are starting to get stressed and tired. As a busy CEO, Coach and Non-executive Director, I believe that it’s important for me to lead by example, while at the same time encouraging and supporting others to maintain their energy levels, their mental wellbeing and level of commitment as the year draws to a close.

What do you do to maintain your energy levels as we move into the last few months of the year?